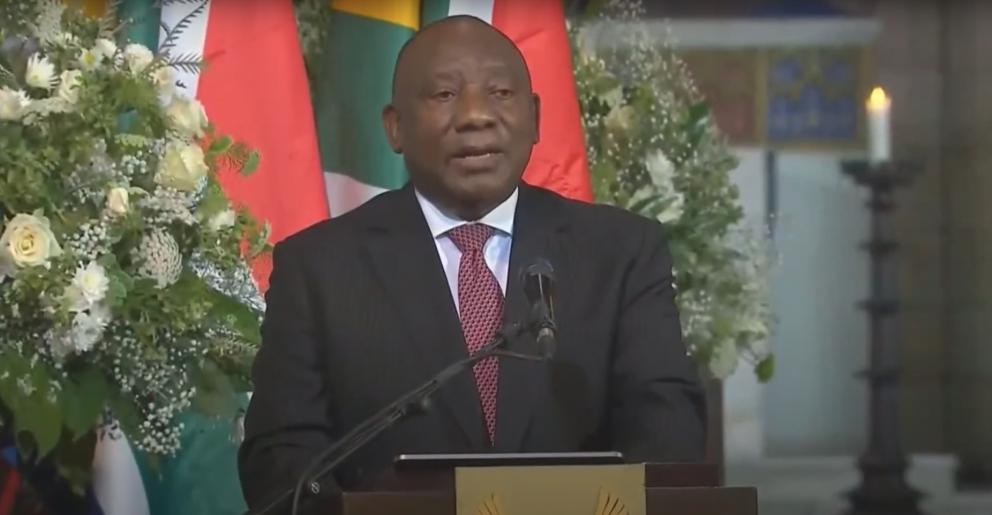 President Cyril Ramaphosa was during the final struggle against apartheid in South Africa in the 1980s inside the country with Tutu drawing the wrath of the then-government and spoke at Cape Town’s St George’s Cathedral, where an Anglican requiem mass was held on 1 January.

Tutu died on 26 December at the age of 90, and tribute was paid to Archbishop Emeritus Tutu, known for his perennial infectious laugh and humour against adversity.

His widow Leah Tutu, his children and grandchildren, were also at the funeral.

It was a small service in the cathedral where Tutu and others confronted the apartheid police during the old era. It was conducted in the three primary languages spoken in Cape Town, isiXhosa, English, and Afrikaans, three of South Africa’s 11 official languages.

Singing the hymns at the service were Imilonji kantu Choral Society, the Soweto Gospel Choir, St Georges Parktown Choir and a recording from the St George’s Cathedral Choir.

“It is only the few among us, the rarest of souls, who attain the stature of global icon during their lifetime,” said Ramaphosa. “Our departed father was a crusader in the struggle for freedom, for justice, for equality and peace, not just in South Africa, the country of his birth, but around the world as well.”

Ramaphosa recounted how Tutu, who had spoken after being arrested in 1988 during a clergy-led protest against a crackdown on anti-apartheid groups, had with his Bible in hand told a news conference he would continue with his defiance.

“ ‘We are not defying the law,’ he declared, ‘we are obeying God,’ ” said the president, quoting Tutu.

Such was Tutu’s overarching impact and influence, said Ramaphosa, that tributes had been received from current and past presidents, religious leaders, monarchs, lawmakers, political parties, musicians and artists, and ordinary people from all corners of the globe.

Among them were King Letsie III and the consort Queen Masenate Mohato Seeiso of the mountain kingdom of Lesotho, surrounded by South Africa where Tutu served a spell as bishop along with Dutch princess, Mabel van Oranje.

“A humble and brave human being who spoke up for the oppressed, the downtrodden and the suffering,” said Ramaphosa.